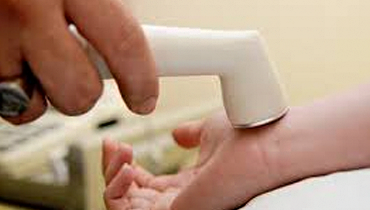 Repetitive stress injuries (RSI) like carpal tunnel are becoming increasingly common as more workers are chained to desks performing their job over a keyboard and mouse – although many types of repetitive jobs lead to the same injury. While the work is likely the cause of the injury, you probably can’t sue your employer over carpal tunnel syndrome. Most workers are barred from pursuing a lawsuit for workplace injuries by workers’ compensation laws.

What is Carpal Tunnel Syndrome?

Carpal tunnel syndrome is a condition caused by compression of the median nerve and the tendons that flex your fingers as they travel through the “carpal tunnel” in your wrist. This tunnel is narrow, so even a small amount of swelling may compress the nerve and tendons. This compression can cause pain, weakness, and numbness in the hand and wrist.

Although carpal tunnel syndrome can be the result of a variety of factors — including age, gender, weight, trauma, arthritis, disease, pregnancy, and diabetes — it can also be caused by overuse or repetitive movements of the hand and wrist.

In rare cases, carpal tunnel syndrome may be caused by performing a task for a relatively short period of time.

Treating carpal tunnel syndrome may require surgery. This surgical procedure is known as carpal tunnel release, where the surgeon cuts through the ligament to make more space for the median nerve and tendons. Nonsurgical remedies include rest, splinting, diuretics, and steroid injections.

One of the most frequently debated issues with respect to carpal tunnel syndrome is whether it was caused by a workplace injury or by a non-work-related factor. The employee will have the burden of proving the injury was work-related.

A worker might hold a second job that requires repetitive movements, or outside of work, they may be an avid tennis player. In both of those instances, it could be argued that carpal tunnel syndrome developed because of those factors. Or if the employee has a health condition such as arthritis or diabetes, it is possible that the employer’s insurance company will argue the injury did not occur while working for that particular employer.

There is a division amongst states as to whether carpal tunnel syndrome is compensable as an “accident” or as an “occupational disease”. This is important because it affects what you have to prove in order to qualify for workers’ compensation benefits.

If your state’s laws mandate that the only compensable disabilities are those that arise from an accident, then the strength of your case will depend upon how terms such as “accident” and “injury” are defined in your jurisdiction. For example, if carpal tunnel syndrome is characterized as an “accident”, you may have to show the injury was caused suddenly and violently.

The modern approach is to include “occupational diseases” as a compensable injury in the workers’ compensation scheme. If your state characterizes carpal tunnel syndrome as an “occupational disease”, you will have to show that as an employee you suffered a greater exposure to the disease than did the general public.

For example, if compensable as an occupational disease, you may have to prove by clear and convincing evidence that the injury arose out of and in the course of employment. If, however, carpal tunnel syndrome is compensable as an accident, then the lower “preponderance of the evidence” standard may be required.

Speak With An Attorney